People often throw parties for different reasons, but most of which are for birthday celebrations. Some people even spend millions of dollars on entertainment, food, and party favors just to make their special day memorable. You don’t need to spend $3 million dollars like – Sean “P. Diddy” Combs during his 40th birthday party to have fun. Having the right party element can help you make your birthday a success – and bingo is a surefire hit among your guests.

Bingo is one of the easiest games to play in the whole wide world that’s why even newbies can join in the fun. This game is the perfect form of entertainment in birthdays as well as other occasions. As a matter of fact, singing sensation Gary Barlow of Take That celebrated his 10th wedding anniversary by hosting a game of bingo, which was held at the Mandarin Oriental Hotel in London. As Bubble Bonus Bingo explains, the mechanics of the game haven’t changed much in the past few years. 75-ball bingo, which is the dominant form in North America, is pretty much still played in the same way: “A caller calls out numbers randomly and if they appear on a player’s card, the player covers them or ‘daubs’ them. The first player to complete a pre-determined pattern on his/her card with covered numbers wins the game.”
In Chicago, bingo was also used to raise funds just like the Celebrity Bingo Night at Madame Zuzu’s Teahouse, where all proceeds went to PAWS.Fans of the Smashing Pumpkins were impressed when they heard frontman Billy Corgan heading the game with the legendary Bill Kurtis. 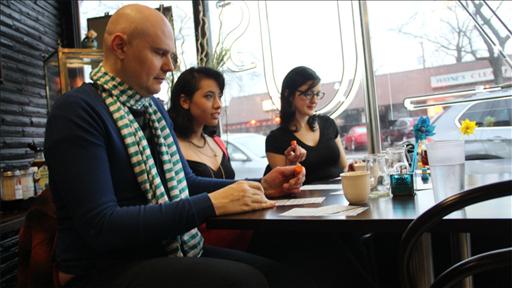 Hiring a bingo organizer to throw a fun game for your guests is a great idea, but you can also arrange your own bingo session. To personalize the game, you can customize the bingo cards and put there some trivia about the birthday girl or boy instead of the usual numbers. There are tools available online such as Bingo Card Generator and
Print-Bingo.com where you can customize cards. You can purchase the other bingo equipment at Jackpot Bingo Supplies or just borrow from your friends or grandma.

Instead of spending all night dancing, you can add another fun activity in your birthday party and that is bingo. Even those who can’t dance will surely end up showing off some funky moves after winning the jackpot.